Goldfish are among the most popular choice of fish for aquarium owners. They come in a variety of shapes and sizes, making them a great way to introduce some colour into aquariums. They are also fairly inexpensive, making them a cost-effective option for those looking to stock a larger tank. Goldfish are also pretty resilient to water changes and disease, making them far hardier than many other varieties of fish species housed in aquariums.

They can also enjoy considerably long lifespans, with many species remaining healthy and happy for 10 years or more. However, there’s a great deal of disparity when it comes to goldfish lifespans. If you’ve kept goldfish in the past, you’ve probably encountered a situation where you’ve purchased multiple goldfish of the same variety at the same time, only to find one fish kicking the bucket after a few months, while others from the same group have endured for years. This is not to be unexpected and there’s several reasons behind the disparity.

How Long Can a Goldfish Live For?

It’s hard to put a number on the average lifespan of any given goldfish. General living conditions and dietary factors can have a big impact on the overall life expectancy of a goldfish, although these aren’t always reliable parameters to go by. The quality of the food you are feeding to your fish can extend their lifespans, while the quality of the water in their tank and how well it is maintained will also contribute to a longer life. Genetics also factor into the lifespan of a goldfish.

Currently, more than 200 goldfish breeds are recognised, with some enjoying significantly longer lifespans than others. However, just because a breed is expected to live longer, doesn’t mean an individual goldfish will. If collectors have been following imperfect breeding practices, resultant goldfish may have subpar genetic profiles and be more prone to inherited diseases.

The shortest-lived goldfish tend to be of the so-called fancy variety, living for around 5 to 10 years. Shubunkin and Comet goldfish tend to fare a little better, with both varieties living for up to 15 years. Fantail goldfish can live for even longer, with many breeds of this type living for more than 15 years. If you’re looking for a long-lived variety, the common goldfish may be your best bet. When properly cared for, the common goldfish can live for 25 years or more.

Living conditions will have a massive impact on the lifespan of a goldfish. Those goldfish that live in the wild or a large outdoor pond an expect to live for a quarter of a century or longer. Those kept in a well-maintained aquarium can live for almost as long, but at the very least will usually live for 10-12 years. Goldfish kept in a fish bowl generally enjoy far briefer lifespans than their counterparts given more space to swim in. A goldfish kept in small fish bowl with no filter may only last for a few weeks or a month. However, a slightly larger fish bowel with a decent filter may allow a goldfish to live for several years.

You should avoid keeping any type of goldfish in a fish bowl. Even the largest of fish bowls will probably prove too small for a goldfish. Generally speaking, a healthy goldfish requires at least 90 cubic litres of water in which to thrive. Most goldfish bowls only a fraction of this. If you must house a goldfish in a bowl however, there are some steps you can take to ensure they live longer. A filter is an absolute must, usually extending goldfish lifespan beyond a few months to a few years. However, even with a filter and clean water, the confines of a bowl will mean a goldfish can not mature properly and they’ll experience stunted growth.

An aquarium offers a far healthier environment for goldfish. Provided your tank is maintained correctly and boasts a reliable filter, you can expect your goldfish to live for many years. Some goldfish kept in aquarium scan live for up to 25 years, although some fish have been known to live far longer than this. In fact, the oldest recorded lifespan for a goldfish was 43 years. If you’re looking to stock your aquarium with long-lived goldfish, go for slim-bodied varieties. Comet breeds and common goldfish will happily live for 20 years or more in a standard aquarium tank.

If you’re looking to keep your goldfish outdoors in a pond, you can expect them to live far longer. A well designed pond is the best substitute for a natural environment and allows goldfish to reach full maturity and grow in size thanks to increased living space. Outdoor ponds tend to benefit from enhanced aeration, cleaner water and natural sources. You will need to keep an eye on nitrate levels, especially if there are trees in the vicinity of your pond that may shed their leaves in the autumn months.

Decaying leaves will increase harmful levels of nitrates in your pond water unless they are removed quickly. Predation is barrier to a long lifespan. Cranes and other long-necked birds will make a meal of your goldfish stocks unless your pond is properly protected. Domestic animals like cats will also see your goldfish pond as an open buffet. Predator are not really an issue once your goldfish have reached a significant size, but younger fish are easy pickings.

If you’re looking to extend the lifespan of your goldfish, there are a few tried and tested approaches you can take. The main factor that will determine lifespan is living space. Other than the wild, a pond is the best environment for a goldfish, allowing them to grow to a considerable size and live out something close to their natural lifespan. However, this isn’t always practical. If you’re keeping goldfish in an indoor aquarium, you should make sure your tank is large enough to house them.

Any habitat should also be kept clean, so a quality filtration system is a must. You should also avoid overstocking an aquarium. It can be tempting to pack out a fish tank with a large number of colourful varieties, but a crowded tank will impede growth. You also run the risk of losing large numbers of fish to disease and shock if there’s any issues with water temperature or quality. When putting an aquarium together, start small with your fish collection.

Start with filling your tank to half the recommended capacity, then introduce new tank mates over time. You should also consider the variety of goldfish you are adding to your tank. Not all goldfish breeds make good tank mates. Look to stock your tanks that will live harmoniously together, rather than cause each other undue stress with disruptive and competitive behaviour.

Diet is also crucial in ensuring your goldfish live for as long as possible. Gel food is a particularly healthy option if you’re looking to extend the lifespan of your goldfish. Some vegetables like green peas are also good sources of nutrition for goldfish. Live food is also an option, with insects being the obvious choice.

However, if you’re thinking of exploring a live food diet, it’s always best to buy insects from aquatic centres or specialist pet suppliers. You will also need to ensure you are not overfeeding your goldfish. Overfeeding your goldfish can lead to a host of health conditions that will limit their lifespan. Adding too much food to a tank can also affect water quality, with untouched food likely to decay and release harmful chemicals into aquarium water.

Although they are hardy creates, properly caring for goldfish can take some skill. As long as you have provided your goldfish with sufficient living space, are feeding them a healthy diet and have avoided overstocking your tank and pond, you can expect them to remain achieve considerable lifespans.

How to get more oxygen in fish tank 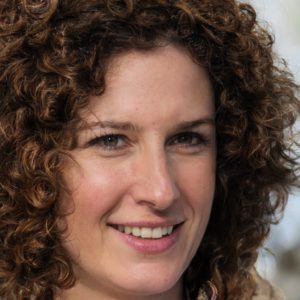